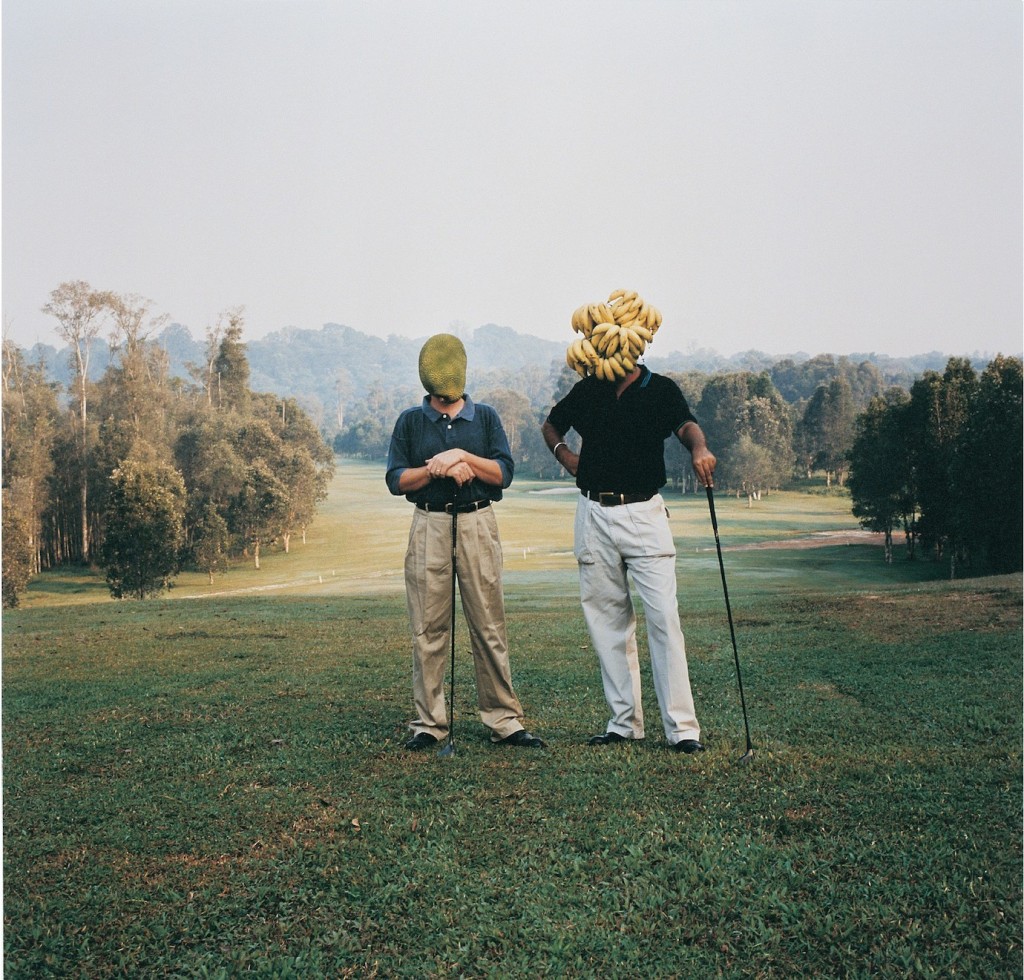 Simryn Gill’s forty large colour photographs of people from a ‘small town at the turn of the century’ compose a portrait of a community well known to her: her hometown of Port Dickson, Malaysia. These people, who seem of all ages and types, are represented at the beach, on the golf course, in the street, at their jobs, in their homes. To some extent, we can deduce their typical roles within the community by their clothes, their houses, their workplaces, their environment: students in uniform, a family at home, executives on the golf course.

Yet the identities of the sitters are obscured by fruit – durians, bananas, pawpaws, rambutans, melons, coconuts, lychees – masks expertly sewn to fit perfectly over their heads. This recalls earlier works where her subjects wore a coconut-bark suit and a head-dress of chillies or were camouflaged by local flora. In all, a typology of people is substituted for a typology of fruit and plants; one species is compared to another. The sitter, however, obscured in these works, vanishes altogether in later works, leaving only the locale of identity, or an empty habitat. 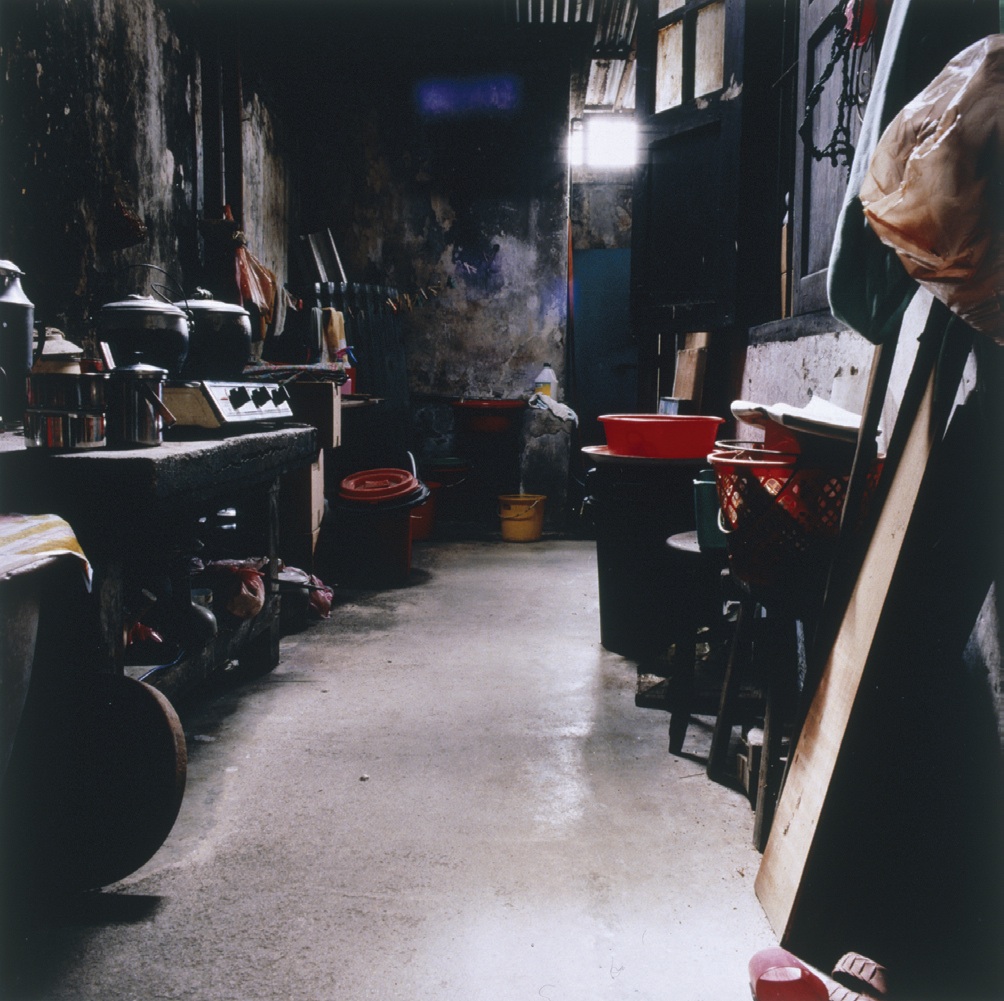 Newly constructed and old abandoned buildings in Malaysia reveal traces of their intended or former occupations. Two neighbouring buildings – a family home and a power station – are set in striking counterpoint: a control room next to a lounge room, a turbine hall next to a bedroom, and so on. Vacant home interiors from around Malaysia document the country behind the ‘mask’, an “inner landscape”, as Gill suggests, the details of each interior suggesting the character of home owners in absentia. Gill even scours the deserted island of Run, one of the Banda Islands in Indonesia, and once vital to the spice trade, for remnants of its former significance. 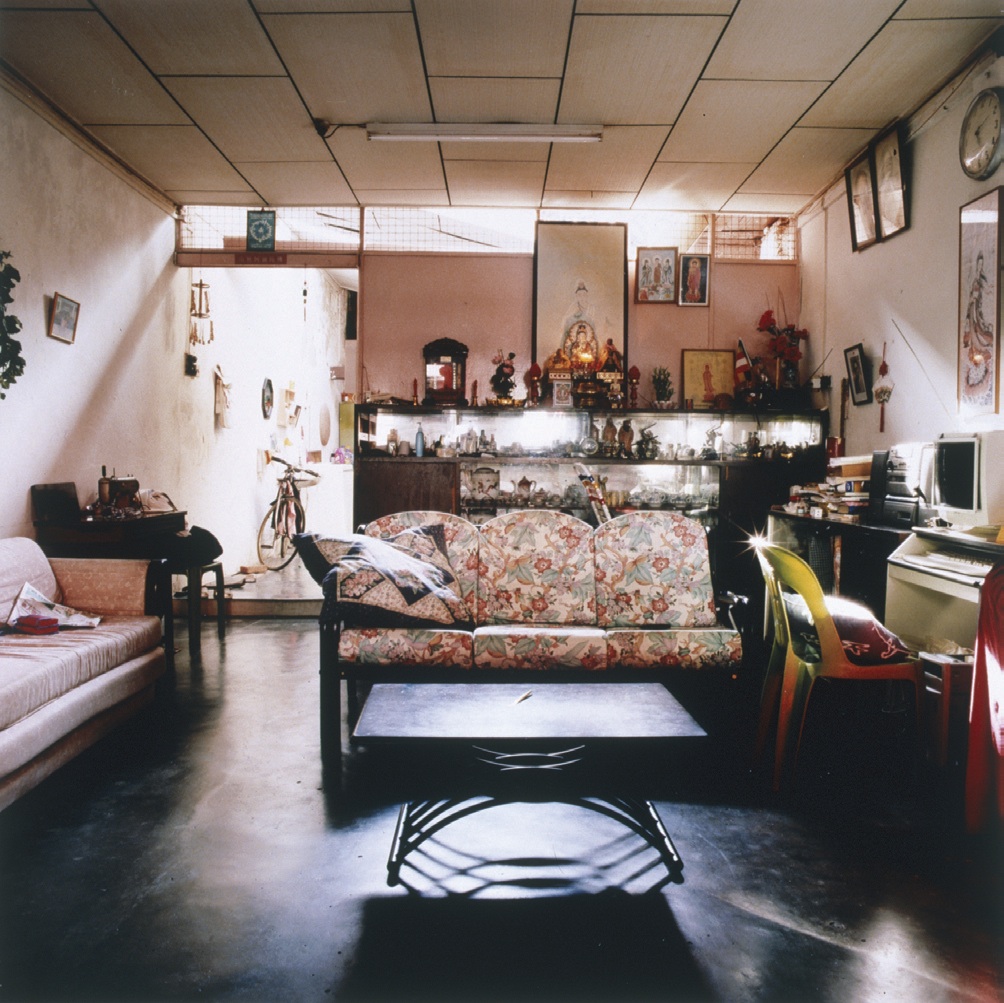 This speculation about the identity of occupants or inhabitants curiously intensifies in the absence of people. Although there are some consistent motifs across the series, such as tropical foliage, building materials, TVs, CDs, or stacking plastic furniture, there are also myriad subtle differences: religious figurines, family photos, Arabic inscriptions on a wall calendar, Chinese lanterns. Thus Gill’s photos initiate an exponential typology suggesting as many forms of identity as there are combinations of these telling signs of life.

It is a peripheral oblique view of her subjects, slowly manifest in the accumulated details around them. Thus a context emerges that may be far more determining. For example, Gill’s guide to the murals of Tanjong Pagar Railway Station focused on commuters in transit below – their hurrying feet, their bundled luggage. High on the walls of the central foyer, the depictions of rural life do not appear in her photos but remain at large like a determining heavenly inscription on class and labour in Malaysia.

As telling, the flotsam and jetsam, washed up along the Malacca Straits, that Gill has collected over the years, or the litter squashed flat on the road that she gathered and set upon wheels, stage a dramatic and vengeful return. There are many fleeting yet telling signs of our collective occupation of the world, not only in what we select in self-expression but also in the discarded obsolete material that we trample or that the sea bears back to us. Gill has collected and arranged this detritus – enlivened it once more in some swarming, dumping convulsion – to reflect our lives in not only the production and consumption but also the disposal or obsolescence of goods.

In Gill’s model of the internal workings of a 1985 Tata truck (an Indian brand established with Mercedes-Benz in 1954), parts were cast from tropical organic refuse (termite soils, leaf litter, fruit skins) and then exhibited in Kassel, the home of Mercedes – telling feedback where decaying primary produce in the outmoded guise of colonial manufacturing was revalued by current art economy, a remarkable ‘return’. 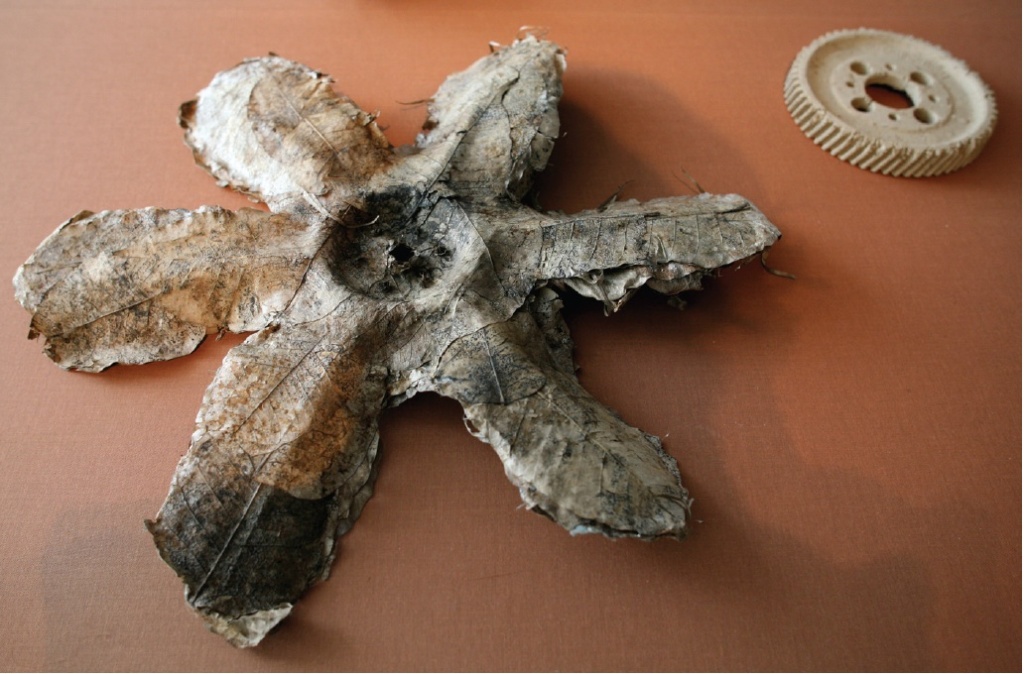 And if we consider language a similar vestige of our human condition, such as the words invented and the words tossed away that might describe one or other version of our common lot, then Gill has collected these too: words excised from historical texts and secreted in the living folds of plants; as well as words left behind, out of favour, stored in bags; or old words whited out to leave only pictures; or people’s favourite or special words transformed into a necklace, like so many pearls of wisdom.

As sociologists attest, we are individuated in the production and consumption of infinite differences recorded by Gill’s photos, artifacts, and books. Identity is the accretion of this detail, the array of choices, the intricate web and careful arrangement of one’s stuff, the stories we tell, the things we make, the words we choose. But equally, what we choose to discard and what’s left unsaid or edited out – a word out of context, the subject removed from his or her home or workplace – might tell a similar story, only in stark contrast, in the space (or absence) left behind.